Love is in the air, can you feel it? Welcome back to Creativity Tuesday, a new recurring post that I hope inspires your creative side through beautiful photography and art. Each Creativity Tuesday post will feature a different photographer or artist, and will … END_OF_DOCUMENT_TOKEN_TO_BE_REPLACED 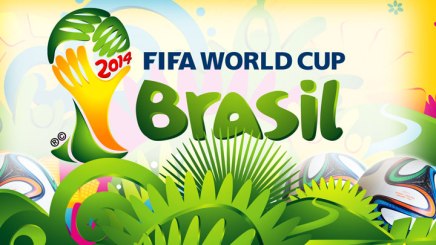 Tomorrow marks a pretty important day, as some may call it…the start of their religion! Finally, FIFA’s World Cup is here, are you ready?

There is always a lot of excitement around the World Cup, even for non-soccer fans [myself included in this category]. It is the most watched sporting event around the world. So what brings the excitement? Is it the competition, the crowds, country “togetherness,” excuses to celebrate? The list could go on….

Whatever your reason(s) may be, not only understanding the game, but also the event might bring some more excitement, and definitely some conversation to your upcoming World Cup events.

In English, it is the International Federation of Association Football; however, as it was founded in France the acronym, FIFA, is still used from: Fédération Internationale de Football Association. The foundation was set up with members representing the associations of: France, Belgium, Denmark, Netherlands, Spain, Sweden, and Switzerland, in May of 1904. What is odd is that the game of soccer ( hey, I am American. 🙂 ), or football, and its first association started in England, in 1863. So why wouldn’t England be a part of FIFA’s founding history? Well, according to the association, the members connected with its foundation wanted to acknowledge (recognize) England’s role and attempted to get them involved but then England Football Association president, Lord Kinnaird, either took too long, or decided against it. Other associations joined in the following years, expanding internationally [outside Europe] in 1909 to South Africa. Following them,  Argentina, Chile, and the United States. Currently, there are 209 associated members…see the list here.

The Olympic Games held the first major tournament for soccer, and was organized by England’s Football Association in 1908, in London. However, it wasn’t until 1930 that FIFA hosted its first and inaugural (the start of a new activity) World Cup in Uruguay. Although the first cup was a  great success, there were problems that consisted in the beginning decades of this inaugural event: countries not participating, withdrawing, World World II (postponing the event for 12 years), time and organizational reasons. However, the event as we know has continued through these challenges. 1950 was the first World Cup post World War II, and was hosted in Brazil. Since then, it’s been hosted every 4 years in countries chosen by FIFA.

How Teams are Chosen

The World Cup has 32 teams, 31 of the best and the host nation, participating for the World title. Deciding which 31 teams will qualify to participate in the event is not easy (nor is it easy to explain/understand), and happens with many qualifying rounds and eliminations. The way of choosing the teams depends on the confederation, and each of FIFA’s six confederations have a different process. In a nut shell (idiom=summary, basically), and in sometimes very layman’s terms (layman’s terms= simple language that anyone can understand), here are the different processes:

58 nations ~ There are 3 qualifying rounds to come to its final round of 20 teams. 4 groups of 5 teams compete, and the winner from each group moves to the World Cup.

43 teams ~ 10 teams are chosen after 3 rounds, and are then divided into 2 groups. The winners and runners-up (2nd place) automatically go to the World Cup. The 2 third place teams compete, and the winner will then go to compete against the winner from the Oceania zone for a spot in the World Cup.

53 countries ~ They are divided into nine groups. The winners of those groups automatically qualify for the World Cup and the best eight runners-up play against each other, for the four remaining places.

North & Central America, and the Caribbean (3 or 4 spots)

This is the most complicated region and qualifier, and it has changed from 2010 significantly. So this explanation will be simple. Please, experts, feel free to comment more information! 🙂

35 teams ~  First, the ten lowest ranked teams play, getting rid of (eliminating) 5 teams. Now, with 30 total teams, the top six ranked teams receive byes in the first group stage (they skip this round), and the remaining 24 teams compete in 6 groups of 4 teams. The 6 winners will move into the second (and final) group stage. The final round will qualify the top three teams to move to the World Cup. The fourth place will compete against the fifth place team from South America for a potential, final spot.

11 countries ~ With only 1 possible spot for the World Cup, or maybe none, these teams better work! A 4 team group is made from the top three teams of the South Pacific Games, and one pre-seeded team (pre-selected). The winner of this group will complete in a game with the 5th qualifier of Asia (see above) for the spot in the World Cup.

10 teams ~ All teams play each other, twice, and the top 4 teams advance to the World Cup. The fifth place team competes against the fourth place team in the North America group for a potential final spot.

This stage has 8 groups of 4 teams, where all 32 teams compete for the next round. There is one seeded team (chosen strong competitors by FIFA standards) in each group, with the rest of the teams selected at random. Each group is balanced with the six confederations/zones, and all groups compete against one another ’round-robin’ style. This type of tournament ensures that every team will play in 3 matches, and compete against the other teams in their group. Points are given, 3=win/1=draw/0=loss, and the top two teams from each group will move to the next stage. Tie-breakers are used for any teams that finish with an even score.

The round of 16 starts this stage, with the winner of each group competing against the runner up from another group. The quarter-finals, and semi-finals follow this round, with the final match crowning the victor of the World Cup. In the knockout stage, there are no draws, and a winner is decided with extra time/penalty kicks, which makes it a single-elimination round.

Brazil has been the most successful team thus far, with 5 titles of champion. The next teams in line are: Italy with 4 titles, Germany with 3, Uruguay and Argentina with 2, and finally England, France, and Spain holding 1 title each.

So, are you ready for the World Cup?

Are you looking for something specific?

Narrow your Search Here by Category:

The Most POPULAR Posts to Learn English Online

Connect with Me to Learn English Online 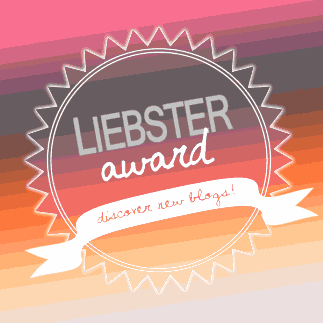 Learn English Online with Posts/Articles from the Past:

Are you Learning English with Me?

Follow Learn English Online | English Outside the Box on WordPress.com